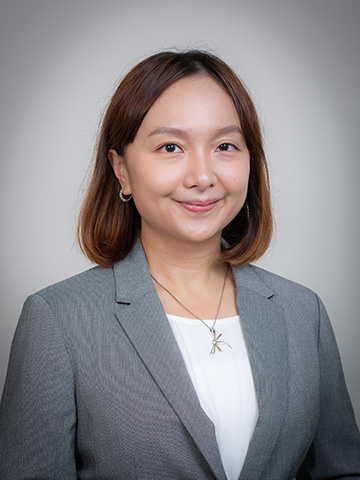 Dr Miriam Lau Leung-che received the Doctor of Philosophy from the Shakespeare Institute in the University of Birmingham, where she wrote her doctoral dissertation on the post-1997 adaptations of Hong Kong Shakespeare. Prior to her doctoral studies, she obtained the Bachelor of Arts (with first class honours) in English and Comparative Literature and the Master of Philosophy in English Literature from The University of Hong Kong. During her studies, she was awarded the Ellis Bell Prize in English Literature and Comparative Literature, and also a Worldwide Exchange Scholarship to fund her exchange studies at the University of California, Irvine.

With her research interest in drama and Shakespeare, Dr Lau has co-authored a book on Teaching Shakespeare to ESL Students: The Study of Language Arts in Four Major Plays. She has also published in several international journals such as Shakespeare Review and Nordlit, and she has been a contributor to the monthly theatre reviews hosted by the International Association of Theatre Critics (Hong Kong).

Since joining HKCC in 2010, Dr Lau has been awarded the Caring Teacher Award and the Lively Teaching Award.

Just as Shakespeare famously wrote: “All the world’s a stage, and all the men and women merely players,” Dr Lau has different roles to play, being a teacher, a researcher, and an amateur actress. She has acted with some theatre companies, including the Royal Shakespeare Company (RSC) in the UK, and also Theatre Space in Hong Kong.