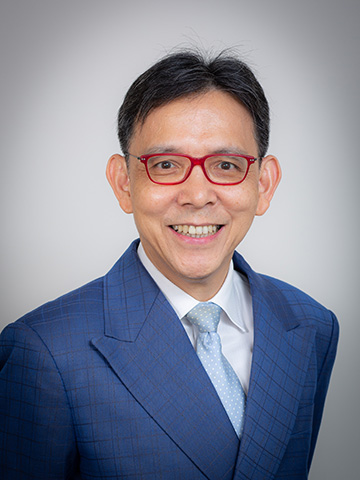 Mr William Tsang Wai-sum started out his career in the early 1980s as an English copywriter at Reader's Digest, the company where he subsequently took up marketing responsibilities for the Asian region. The decade long association with Reader's Digest - then one of the biggest global publishers - has given Mr Tsang extensive experience in copywriting, publishing, and direct marketing. After leaving Reader's Digest, Mr Tsang went on to work for a number of regional and international publishing companies including CCH - a world leader in law and tax publishing - where he was the general manager of their Hong Kong operation.

In 2000, Mr Tsang joined PolyU's Department of Accountancy (now School of Accounting and Finance) as their half-time English technical writer, a post which he held for four years. During this period, he also did part-time English teaching at the School of Continuing Studies of The Chinese University of Hong Kong, the Hong Kong Management Association, and the Mechanical Engineering Department of PolyU. For his experience in copywriting, Mr Tsang was often approached by companies such as The Hong Kong Jockey Club, The Hong Kong Management Association, International Gold Coins, Reader's Digest, St Honore, and Universal Music to take up creative writing projects.

Mr Tsang joined HKCC of CPCE in 2004 as a full-time lecturer for English subjects. Besides teaching and subject team management, he has also taken up various management, marketing and editorial duties.  Currently, he is the Associate Division Head of the Division of Languages and Communication and the Head of the Marketing and Communications Office.  He is also the Chairman of the Admission and Marketing Committee of HKCC.  In 2007, Mr Tsang was bestowed the HKCC Outstanding Teaching Award.