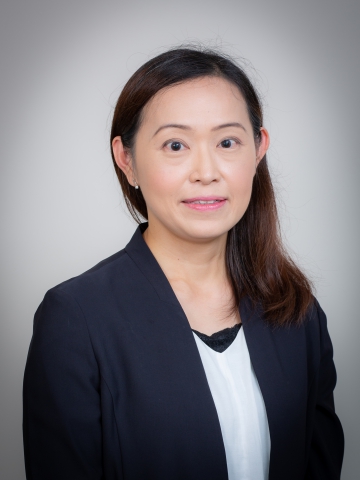 Dr Esther Tong graduated as a first-class-honour student from City University of Hong Kong where she was awarded a Bachelor of Arts in Teaching English as a Second Language (TESL) - a platform which paved the way for the development of her calling as a language educator. Determined to devote herself to the language education profession, she further pursued studies at University of British Columbia in Vancouver, Canada, where she received a Diploma in Education with specialisation in TESL (with distinction), and a Master of Arts in English Education (with distinction). She then obtained her Doctor of Education in English Language Education from The University of Hong Kong.

Since joining HKCC in August 2002, she has been responsible for teaching and developing Academic English and Business English subjects. She has taken on a number of academic leadership roles coordinating the English subject delivery and development as well as overseeing the programmes under Associate Degree Scheme in Humanities and Communication. Currently, she is the Head of the Division of Languages and Communication.

Her research interests lie in the areas of bilingual education, teaching English as a second language (TESL), content and language integrated learning (CLIL), and applied and functional linguistics.